Scholars today quite generally agree that cremation probably began in any real sense during the early Stone Age — around 3000 B.C. — and most likely in Europe and the Near East.

During the late Stone Age cremation began to spread across northern Europe, as evidenced by particularly informative finds of decorative pottery urns in western Russia among the Slavic peoples. 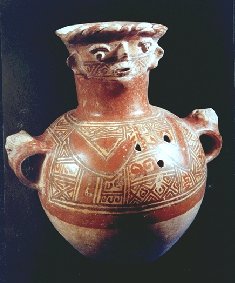 With the advent of the Bronze Age — 2500 to 1000 B.C. — cremation moved into the British Isles and into what is now Spain and Portugal. Cemeteries for cremation developed in Hungary and northern Italy, spreading to northern Europe and even Ireland.

In the Mycenaean Age — circa 1000 B.C. — cremation became an integral part of the elaborate Grecian burial custom. In fact, it became the dominant mode of disposition by the time of Homer in 800 B.C. and was actually encouraged for reasons of health and expedient burial of slain warriors in this battle-ravaged country.

Following this Grecian trend, the early Romans probably embraced cremation some time around 600 B.C. and it apparently became so prevalent that an official decree had to be issued in the mid 5th Century against the cremation of bodies within the city.

By the time of the Roman Empire — 27 B.C. to 395 A.D. — it was widely practiced, and cremated remains were generally stored in elaborate urns, often within columbarium-like buildings.

Prevalent though the practice was among the Romans, cremation was rare with the early Christians who considered it pagan and in the Jewish culture where traditional sepulcher entombment was preferred.

However, by 400 A.D., as a result of Constantine’s Christianization of the Empire, earth burial had completely replaced cremation except for rare instances of plague or war, and for the next 1,500 years remained the accepted mode of disposition throughout Europe.

Modern cremation, as we know it, actually began only a little over a century ago, after years of experimentation into the development of a dependable chamber. When Professor Brunetti of Italy finally perfected his model and displayed it at the 1873 Vienna Exposition, the cremation movement started almost simultaneously on both sides of the Atlantic.

In the British Isles, the movement was fostered by Queen Victoria’s surgeon, Sir Henry Thompson. Concerned with hazardous health conditions, Sir Henry and his colleagues founded the Cremation Society of England in 1874. The first crematories in Europe were built in 1878 in Woking, England and Gotha, Germany.

Meanwhile in North America, although there had been two recorded instances of cremation before 1800, the real start began in 1876 when Dr. Julius LeMoyne built the first crematory in Washington, Pennsylvania.

In 1884 the second crematory opened in Lancaster, Pennsylvania and, as was true of many of the early crematories, it was owned and operated by a cremation society. Other forces behind early crematory openings were Protestant clergy who desired to reform burial practices and the medical profession concerned with health conditions around early cemeteries.

Crematories soon sprang up in Buffalo, New York, Pittsburgh, Cincinnati, Detroit and Los Angeles. By 1900, there were already 20 crematories in operation, and by the time that Dr. Hugo Erichsen founded the Cremation Association of America in 1913, there were 52 crematories in North America and over 10,000 cremations took place in that year.

In 1975, the name was changed to the Cremation Association of North America to be more indicative of the membership composition of the United States and Canada. At that time, there were over 425 crematories and nearly 150,000 cremations.